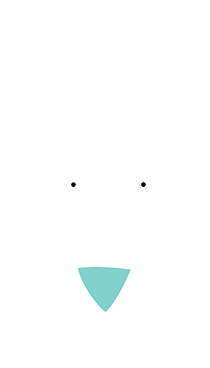 These heart-warming stories show how different human families and shelter dogs reach their happy endings through the adoption process.

Will your story be among them? And will you give our dogs the perfect home they deserve?

This incredibly cute pup has been through so much, but eventually landed at best possible place – her forever home!

Little Baku was found in Bakuriani by a concerned visitor. As her resucer lives in Tbilisi and had no place to keep Baku – who had several serious leg injuries -, but she could not leave Baku to her fate, so she contacted us immediately for advice.
We agreed that we would try to find a solution if she could bring her to the Agricultural Veterinary clinic.
So tiny Baku was checked-in to the clinic the next day. And with that her luck changed. Although she still had some very difficult obstacles to tackle, but she was on the right track. She was safe, and it seemed her leg injury could be fixed completely with a surgery. Everything was set for the operation, but her body could not handle the anaesthesia, so the surgery had to be stopped. This means that her leg will never be the same as it was before the trauma that caused the injury.
But she is active, she uses the injured leg, and she makes the maximum out of her situation. She has always been positive, friendly and outgoing.
We soon found her a foster family, the lovely Rhona and her partner came forward to offer her a temporary place while she was healing.
And not long after it became obvious that the temporary place would turn into little Baku’s (now Lisi) forever home! … See MoreSee Less

Love it,thank you for all your hard work! ❤️

D.O.G. Success Stories – Lottie / Saffron
Lottie and her 4 sisters were dumped in a village close to Tbilisi 2 years ago. A wonderful family was caring for all of them during the summer months and DOG helped with their vaccination and sterilization. As the weather turned cold and snowy and it became difficult to access the forest where they were living, they had no chance to survive unless we provide a place for them in the shelter. Two of the sisters – Coco and Latte – have travelled to New York with the help of the extraordinary Meleena, as we could not take in all four of the pups.
Sandy, Lottie’s twin but in white, soon followed the sisters and after a few twists and turns also found herself at Meleena.
Lottie, this sweet natured, smart girl remained at the shelter, waiting and waiting for her dream family that somehow did not want to turn up.

Until this summer when a couple contacted us, expressing their interest in adopting a dog.
Soon Lottie went for a trial period to them. We usually prefer to leave time for the potential adopters to make a decision. However, Lottie was one of those lucky cases where it was clear from the beginning that she was the right match and her lovely new mum contacted us straight after the minimum 2 weeks, informing is that they wanted to make the adoptiom formal.
We visited them and we could not wish a better home and family for Lottie! … See MoreSee Less

Bona was living a relatively safe life in Kutaisi, neutered, vaccinated and tagged by the local municipality. However, as a gentle and timid dog, she could not establish herself as a dominant member of the pack that she lived with, so her struggle for food and other resources was continuous. While she was not in direct danger, she was painfully thin when she was spotted by a kind tourist, Renida, who decided that she would help Bona, no matter what.
Renida contacted us and asked our help. We agreed to provide a place for Bona
As she was far from Tbilisi, we were not very hopeful about finding a quick transport option for her, but she was lucky again – a couple who adopted a dog from us was just planning their visit to Georgia, arriving at Kutaisi airport and they immediately offered to look for Bona and transported her to our shelter from Kutaisi.
When Bona arrived at us, we were expecting her to stay only for a few months and then fly to Renida. But just as she got ready to travel, all international flights to and from Georgia were banned, and Bona was again in an uncertain situation. But one thing never changed even during these uncertain times – Renida’s commitment to this wonderful dog.
And now, 10 months after Bona first met her rescuer, they finally got reunited thanks to a wonderful flight volunteer who managed to get Bona to Riga a few weeks ago! … See MoreSee Less

We are very happy we could help. Bona is such a sweetheart 🥰 It’s very easy to fall in love in this girl 🙂

Have a great life, Bona! Thanks to everyone involved, not in the least Renida. ❤️

Success Story – NINI
Nini was found as a tiny puppy in the streets of Tbilisi. A very kind person picked her up to try to find a home for her as Nini would not have made it in the streets on her own, and she asked us for help.
As soon as we posted about Boo (now Nini), our super volunteer and experienced foster mum Manuela, offered to foster Nini until she would be vaccinated.
But as things go, Manuela fell completely in love with Nini and after a few days together, she decided to officially adopt her.
Now Nini and Manuela travel together around Georgia and they still visit us at the shelter to take a walk with our lovely pooches! … See MoreSee Less

We all Love happy endings

Some of our best success stories are foster fails.
This week Coska found a home! Well, truth be told, he found it several months ago, exactly when he sashayed into the home of his amazing foster mum for the first time. He probably knew it all along what the foster mum only admitted this week – they could never live without each other again!Coska was living in Vake Park, guarding his own little territory, with kind humans caring for him.
It all seemed good when DOG TVNR-d (tagged, neutered, vaccinated & released) him back to the park, however, not long after that he was hit by a car and he had to move back to the shelter in 2016. His pelvis was broken and he could hardly move.
But he has always remained positive, even when most of us would have given up – at the beginning all he could do was to crawl out from his room to the fresh air, to be with volunteers and other dogs. But gradually he started getting stronger.
While he will never move as before, he is now just as fast as if he had four perfect legs.
He loved bossing everyone around at the shelter, his small size and physical challenges did not stop him in thinking he was the strongest and the bravest of all.
He was adored by every volunteer, but somehow that dream family we thought he could make so happy, never turned up.
Although our organizations, as most others, have suffered greatly during the lock down and due to the restrictions that are still in place, there are some positive stories coming out of this situation.
Just like Coska’s. At the beginning of the lock down period, we were approached by Olivia, who offered to foster a dog while she was anyway stuck here and mostly in her flat, and her choice was Coska.
She has been fostering this gentleman for several months now, and this week she made the decision to adopt him.
We could not possibly wish a better home for Coska – he has a doggy sibling already waiting for him in the United States where he will be flying together with Olivia later this year.

We wish both of you every happiness in the world! … See MoreSee Less

Strike! Wish you all the best Coska! Lucky you Olivia, you got such lovely guy💞